So I have to admit when I got home from work a few weeks ago, I was tired and ready to relax, when I heard my wife say, “Sure … Dad will know how to get that game on your tablet.”

I cringed a bit.

But I bit the bullet and got it done! I installed the Pokémon Go app and signed my son up to give it a try. He immediately caught a Charmander. Being over 40, Pokémon was not a ‘thing’ for my generation, and I wasn’t personally familiar with the game until my oldest started talking about it a couple years ago. My wife had found someone on Craigslist giving away thousands of Pokémon cards and the game 52 pickup took on a whole new meaning. Pokémon Go is 250 pickup … with a lot of walking.

So for those unfamiliar I will give a total ground level view of the Pokémon world as I know it. Basically, it is a collection of games, trading cards, etc. that revolve around a world where humans live in conjunction with Pokémon; creatures with various special powers. These creatures are captured and trained by humans known as Trainers. Trainers then pit their Pokémon against others in mini-battles.

There are actually more than 700 different Pokémon and it has grown in popularity for more than 15 years now crossing through a couple of generations. 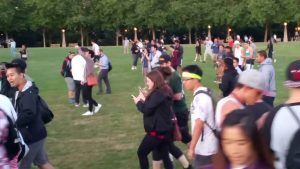 So what is Pokémon Go?

Well I will give you two versions of the same answer. Tech and non tech.

Pokémon Go is an interactive video game, played on tablets and phones, where players assume to role of Pokémon Trainers attempting to Level Up by gaining experience points. Players explore the world by navigating around their actual physical location, using a map interface, attempting to find/capture Pokémon, visit Poke Stops to get rewards and Gyms. Pokémon appear from time to time or can be enticed to appear using various lures found at Poke Stops. At higher levels players go to Gyms to battle using their Pokémon against other Trainers’ Pokémon.

Pokémon Go is an interactive video game developed to run on GPS enabled mobile devices with a data connection. Players create a persona in the game and are encouraged to explore the literal world in search of data points corresponding to characters/locations in the game. The game takes place on top of a Google Maps interface where the whole Earth is represented.

My Assumption – Data points are created worldwide algorithmically allowing users to play the game nearly everywhere. The locations are often in public places like schools and parks.

As a side note, at this point I want to mention some interesting cultural phenomena which have become apparent as a result of the launch of this new game.

First, it doesn’t appear twenty-somethings are embarrassed to play this game. This may not seem a big deal to many of you but to me I was really surprised that these late teens to mid twenties are right out there playing it and loving it.

Second, this game is really social. When my son and I went out on a bike ride to play the first week this game was released we ran into a dozen people playing and all of them would come running over to say hey and ask what we had found. I just about fell of my bike. At one point it was me (40), my son (7), and a collection of guys and gals in their 20’s. Totally inclusive.

A New Age Of GPS Enabled Games (and Businesses?!)

What has really struck me as interesting about this game is the successful use of GPS and world maps along with a game. This is by no means the first time this has been done but I would certainly argue this is the most viral example to date. This is such an excellent example of a creative blend of pop culture and technology. Geocaching has been around for years and we at 14 Oranges developed a product called Questogo that allows organizations to create location enabled scavenger hunts. Check out Questogo it is a really cool product and a very useful tool in teaching and team building.

What Pokémon Go has done is to leverage an existing group of kids already familiar with the Pokémon universe, with ready access to the required technology. This made its growth viral. I absolutely anticipate a huge number of these types of games to come in the near future, many likely to use the same platform with different character sets.

Would this Apply to Mobile Workers?

For sure! Again, Pokémon Go is really just an excellent example of leveraging technology to provide a new interface into how we work. Gaming (or Gamification as this approach is sometimes called) is just an approach that could create a more interactive and enjoyable experience for field service workers and their customers. Now, there is no real job (yet) that pays money to collect Pokémon, but there are ways this technology could be applied to improve and measure how mobile workforces function.

Now there is nothing all that new about Pokémon Go. The technology of GPS and mobile data access has been around for a long time, and we have used it to underpin our new Mobile Workforce Management Service. But Pokémon Go has shown how changing the interface and introducing novel themes and rewards can drive rapid engagement towards greater productivity. In its own right, it has instantly created a crowd sourced workforce collecting Pokémon!

Getting back to business … think about the ROI in these terms for a second:

1 Mobile worker can complete an average of 5 tasks per day
1 Dispatcher/admin person is required per 15 mobile workers.

Effectively leveraging mobile software tools that are location enabled and aware could change this scenario to:

These numbers are not made up. They are actually based on our experience with a real customer using our Mobile Workforce Management Service. Now our service doesn’t have as many battles with Bubasaurs and Rattatas (sounds like furniture from an Ikea catalog …), but if you do the math on the return in productivity, solutions like this pay for themselves in short order.

In summary, Pokémon Go is definitely a novel new use of GPS and data technology, and I’ll admit, it’s pretty fun. However, I won’t be playing it much unless my son twists my arm. It does illustrate to me that the next generation of mobile enabled software is on its way pulling together real time data with location + context aware software. Pulling in open data as required these apps are already changing the way we play outside, and there is more innovation to come from this.

We see customers adopting these technologies see startup costs as a barrier to entry, but the benefits in productivity and customer satisfaction stand to change the way we are served in the future.

Now excuse me while I go help my son catch a Pikachu! 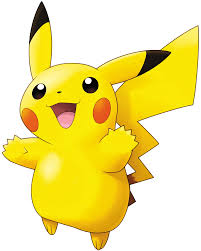